Denver, Colo., Jun 6, 2020 / 05:06 pm MT (CNA).- As restrictions meant to slow the spread of the novel coronavirus have forced churches to close or limit their activity in recent months, priests across the U.S. may be feeling “nonessential” as they struggle to support or even engage with their parish community, one psychologist said.

Dr. Christina Lynch, a supervising psychologist for Denver’s St. John Vianney Theological Seminary, told CNA the quarantine measures around the country may be causing priests to feel unneeded and to struggle with their priestly identity. She said priests need encouragement to overcome these challenges.

“This is the time God created [these priests] to be here, at this juncture in this country during the terrible time of pandemic and riots. There’s a purpose and a mission for [priests who were] ordained for that, to bring the sacraments to the people of the Catholic Church, and they need to support each other in that.”

As the novel coronavirus spread in March, all U.S. Catholic dioceses curtailed public Masses to prevent the spread of the disease.

Beginning in mid-April, many dioceses have begun resuming the offering of public Masses, although with limitations on attendees and regulations including the use of masks and hand sanitizer. Other dioceses have not yet resumed public Masses.

Over the Memorial Day weekend, Lynch issued a questionnaire to about a dozen priests, representing different parts of the country and different priestly demographics – including vocation directors and seminary rectors, middle-aged pastors and recently ordained priests.

The survey asked questions about how the pandemic has affected the priests’ mental health, what type of support they need, and what pressures they expect to arise in the future. Lynch expressed hope that the questionnaire would help her better understand the current condition of priests, so she can help prepare psychologists to support them.

The results, she found, were that clergy said they were experiencing a greater psychological strain from the pandemic, resulting in loneliness, depression, cynicism, anger, and fear.

“The number one message I heard was that this quarantine has brought to the surface a growing crisis in priestly identity,” she said.

Being without parishioners over the last few months has in some cases led to a feeling of isolation and purposelessness among priests, Lynch explained. Because priests are limited in their interactions and ministerial duties, she said, they may feel like they are trapped and lacking control.

“They’re getting that message from the secular. In other words, the governments. They’re opening all these other kinds of stores and saying they’re essential. [But] the churches can’t open… They don’t consider the spiritual, and yet people thrive when they have faith and when they’re in community,” Lynch said.

She said the pandemic has also caused “decision fatigue” and forced priests to make choices they may never have faced before, such as large staff cutbacks. The lack of normalcy and community may also increase temptations among priests, who find it more difficult to pray.

To combat these difficulties, she said, parishioners need to show their appreciation for their pastors, and priests need to offer fraternal support to one another. She said it is important to remind priests that things will be back to normal and highlight the value of their ministry during these difficult times.

“The laity needs to reach out and send them notes and tell them they’re essential and tell them how important they are,” she said.

Priests can also play a role in helping one another recognize that they are essential, she said.

“I think building comradery, calling priests in your fraternity when you’re friends with them or not, and just reaching out and supporting each other. I think that’s one of the best things priests can do to help each other.” 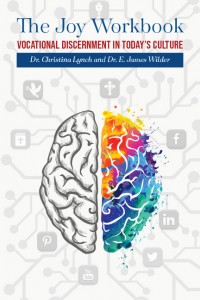